During my 3 months in Western Europe (Spain, Portugal and Italy) I wanted to check out as many cities and sights as I possibly could, so I spent 3 or 4 days in each place (except for Granada which was a magical city that I could easily see myself going back to live in), but that gets exhausting after awhile! So I wanted to try out slow traveling and paid for a room for one month in Sarajevo, Bosnia. Here are the highlights of the month.

Temps ranged from 20-40 degrees while I was there so my hiking was all snow and FREEZING cold but just spectacularly beautiful.

My first hike was up Trebevic, the closest to Sarajevo and most popular. I had to start from there because some people I asked all said, “Oh you can’t really hike anywhere except Trebevic because it’s too dangerous with mines leftover from the war.” Which it turns out, the only people who still say that are folks who don’t hike at all so they don’t know! The rule is: just don’t go off the designated paths and you’ll be fine. So after that, I started looking for the paths, which were not well documented online but if you start wandering around the edges of town you see red circles painted on rocks and trees which means it’s a path.

So I followed a bunch of mystery trails and they led me to Kozija Cuprija, a war monument, an old fortress and dozens of adorable little mountain houses.

Once I bought some extra warm/waterproof clothes I got used to the cold and it wasn’t soooo bad.

A couple days in I met an American girl from Idaho who lives in Sarajevo and she introduced me to her Bosnian friends, who then became my friends❤️ 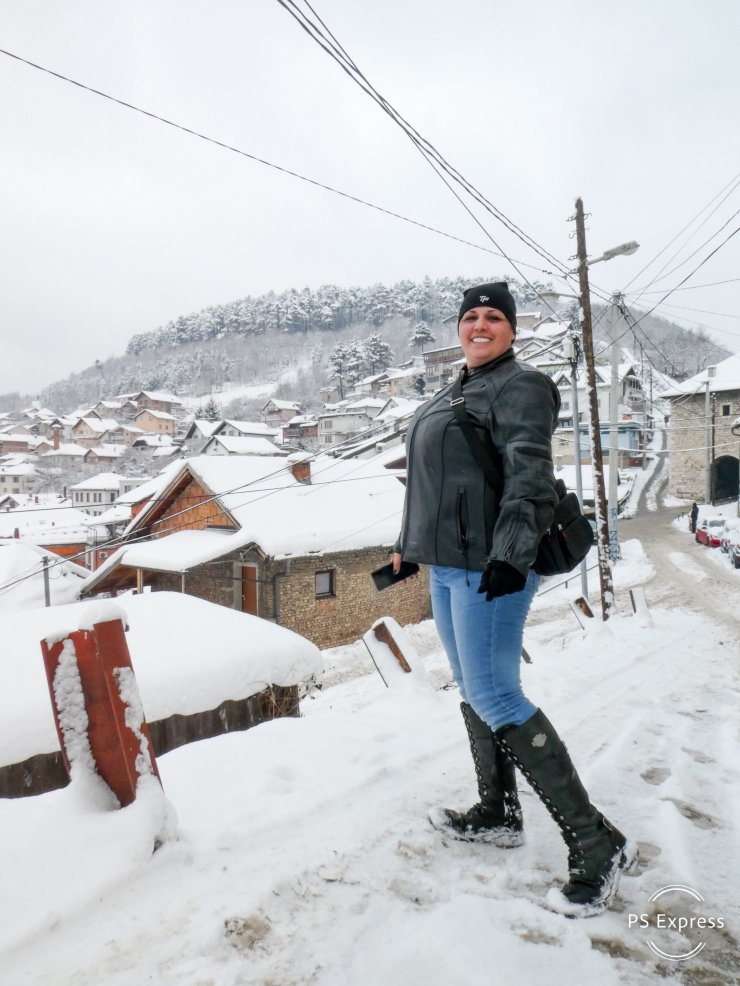 I drug her along on some of my hiking trips and she cursed at me the whole way up but now look how happy she is with the view! 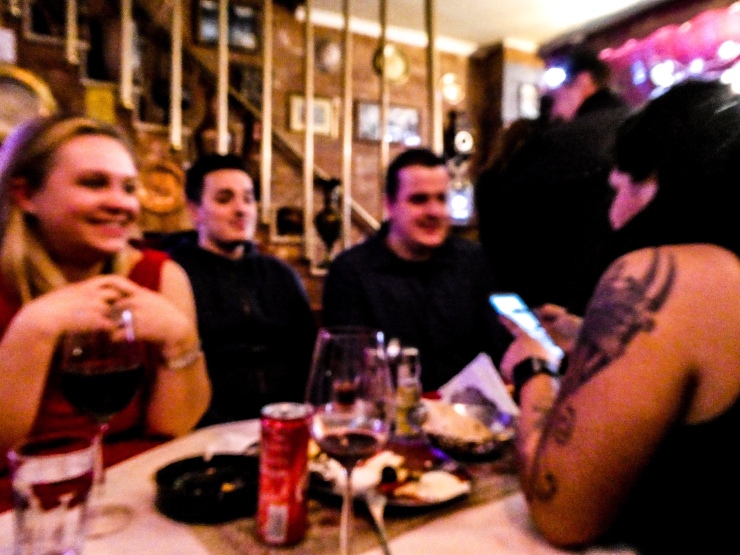 We spent a blurry (and I don’t mean just the photo) New Years Eve at a rakija (the Bosnian “healthy” alcohol made of distilled fruit and herbs) bar where we danced to traditional music and ate Meza. Bosnians love to smoke and can smoke indoors at just about any place so my pansy ass had to step outside every hour or so to clear my eyes and get fresh air.

I went to Konjic for a day to see the famous bunker Tito built for himself underground in case of a nuclear attack. It has a disguised entrance which looks like your average joe little house in the mountains but then you walk through a crazy tunnel and the bunker is 900 feet underground.

I loved the Konjic bridge and it inspired me to paint this watercolor version of it. 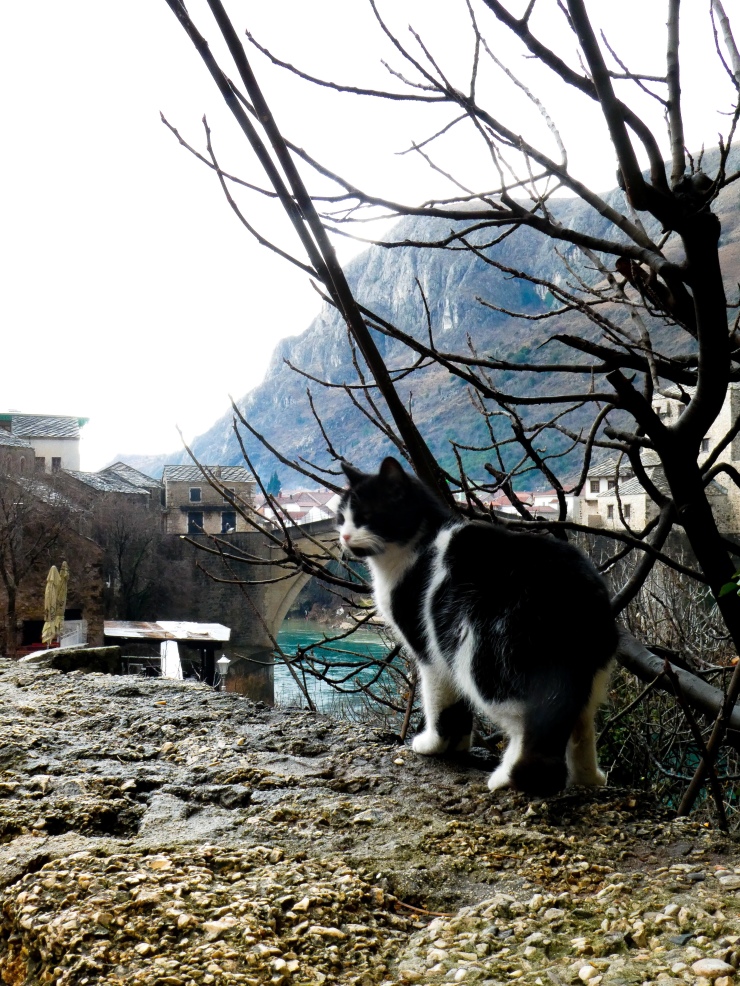 In Mostar I met a fellow PNW-er, a guy named Lauren from Washington and we (of course) went on a hike together and checked out all the famous stuff in town. The guy wasn’t a cat, I promise I’m not crazy. But I didn’t take a photo of Lauren.

So that’s my overview of Bosnia!

4 thoughts on “One Month in Bosnia”