For me, the smell of home is my own cooking, fingernail polish and cigarette smoke. At least, it has been for the past 1.5 months.

When I returned to Sarajevo I found a one bedroom apartment for rent and moved in temporarily. My landlady runs a nail salon in my living room, so my alarm clock ringtone is set to Bosnian women gossiping and smoking while getting their nails done. My day is never boring, since at least once a day the lady who lives downstairs pops up to clean my bathroom, do my laundry or just to sit in the kitchen and see what I’m up to. We can’t really understand each other, so we communicate using the basic Bosnian phrases I’ve learned or else just plain ol’ hand motions.

I’ve found that if you leave the main areas of Sarajevo, like Bascarscia or Nova Sarajevo, and go up into the surrounding hills you will find something completely unique and different. Something traditional, something special. There you will see people working outside in their gardens, carrying heavy loads uphill without getting breathless, and kind people sitting outside drinking coffee at their neighbors’ houses. I’ve spent much time this past month observing and enjoying it. 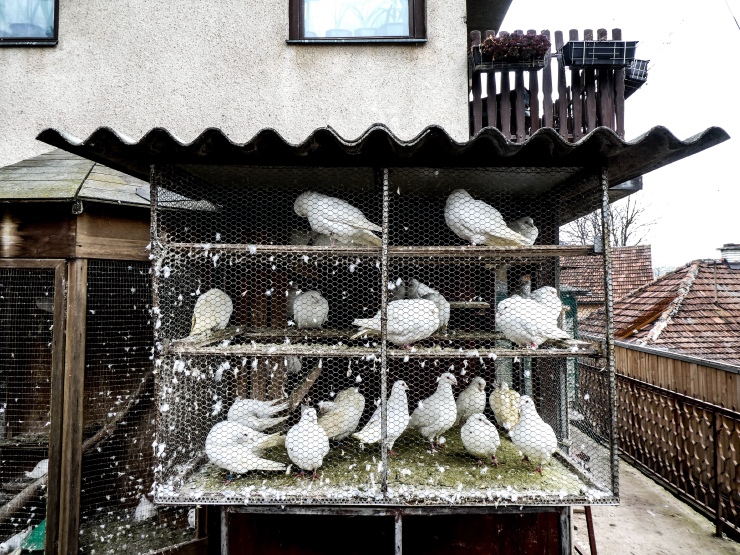 After catching up on some rest and some online teaching, I’m ready to travel again. I’d heard about the Bosnian pyramids and I wanted to see them for myself. When I arrived in Visoko, I just happened to meet a guy at a coffee shop who gives tours to the pyramids and he invited me to sit down. He drew me a map and gave me a perspective of the pyramids that you can’t read online because you have to see it in someone’s eyes and hear it in their tone. I could see these structures have real spiritual and cultural significance for this guy and it made me even more excited to see them. When I thanked him for the info, he said he makes it his own responsibility to be a guardian of his city and to help tourists and visitors whenever he can. He even sent me on way with some vanilla ice cream to keep cool on my hike.

I’ll be honest, I was expecting the pyramids to be that triangle shaped, giant tomb I’ve always had the image of, so when I got to the top of the 2700 meter hike and saw that the pyramids were not “pyramid shaped” I was a little disappointed. It turns out, they are not tombs the way Egyptian pyramids are but energy sources. There is something about the materials used to build them and the even temperature maintained within them that holds a special energy; many people will say it is healing. Of course, you can read much more educated information and watch plenty of YouTube videos to get all the relevant information.

I was surprised at the amount of tourists who were also there so I went down the other side of the hill to enjoy the view and takes selfies. 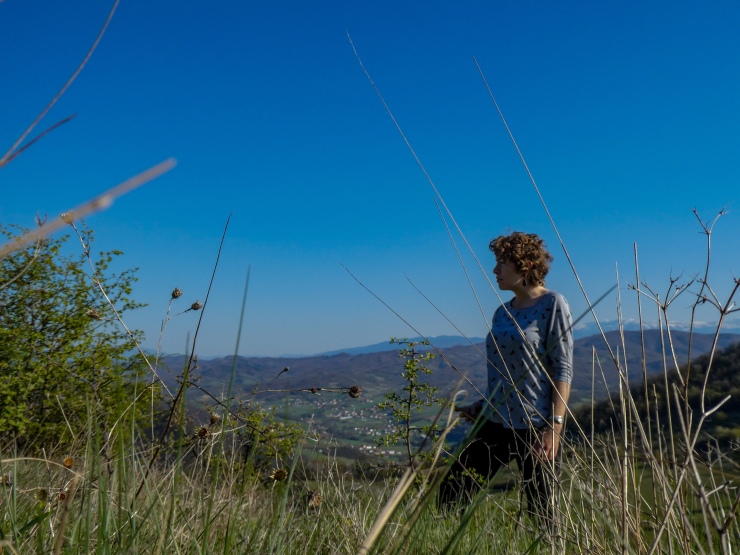 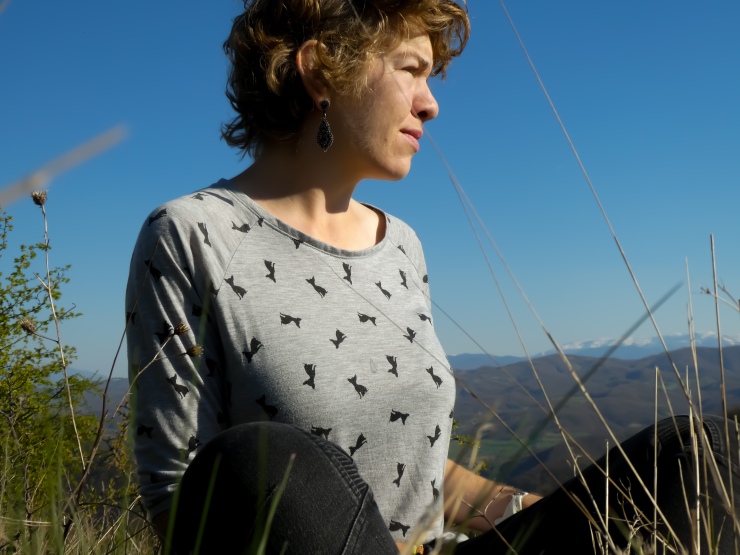 Three Sundays in a row I tried to make it to this famous waterfall with my friend Amir. To take the bus is difficult because you have to take the trolley bus to the last stop, Jezero, and then wait there for the smaller bus to Nahorevo, and then the path starts there for the hike to the waterfall, Skakavac. However, the small bus to Nahorevo is inconsistent and you can wait for what seems like forever before it arrives. The first two Sundays we got impatient and gave up. Then on the third we waited in the sun for two hours and finally made it to the trail. If you’re a tourist in Sarajevo you might want to consider taking a taxi to Nahorevo, since it’s really only about 7 euro. 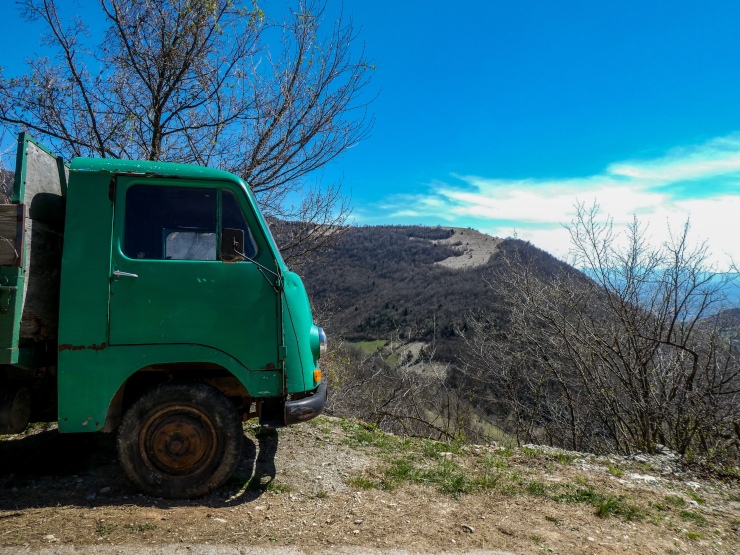 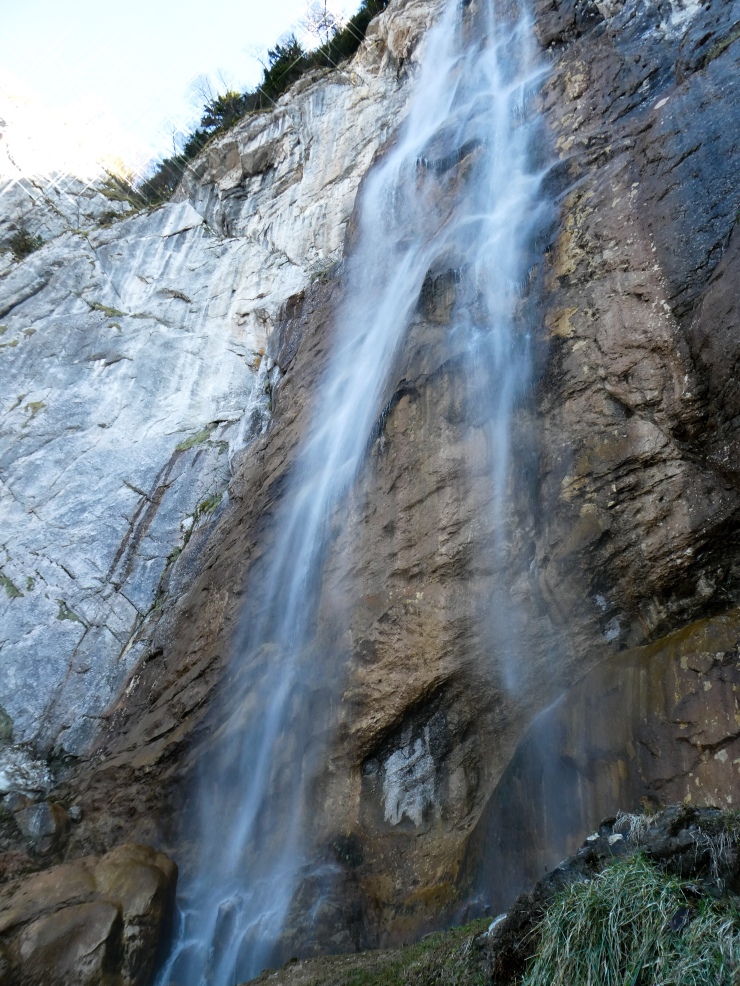 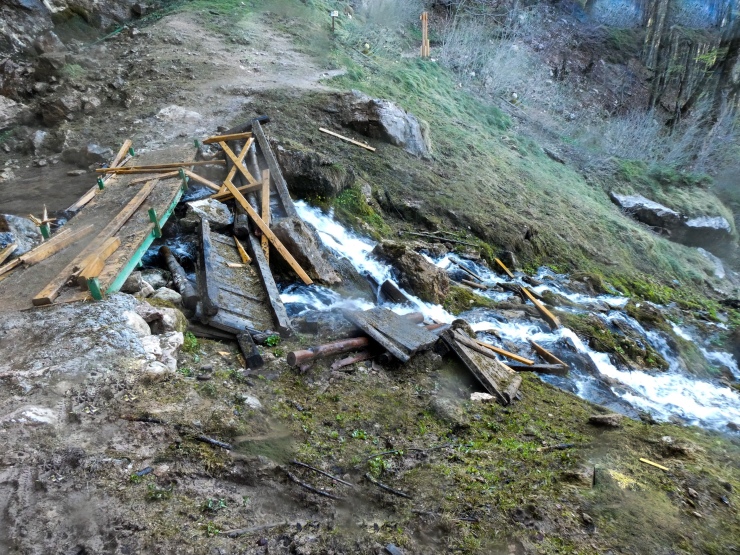 On the way back down is a super cool restaurant (that I don’t know the name of) which is owned by a local guy who is really friendly and interesting. A lot of people hang out here on a nice day because of the casual atmosphere and the big sunny yard with roughly built wooden tables and furniture. Here, I heard Bosnian reggae for the first time.

Unfortunately I only have a short time left on my visa to stay here in Bosnia but I plan to enjoy it as much as possible before I go.