There are small towns and then there are villages. Serbia has a lot of villages. They’re all interesting and unique and charming in their own way, and if I were to make a list of “Can’t-miss experiences in Serbia,” one of them would be to visit some villages. Each trip has resulted in meeting friendly and generous people, who are always curious about me as a traveler passing through, and eager to share something about their life in Serbia. 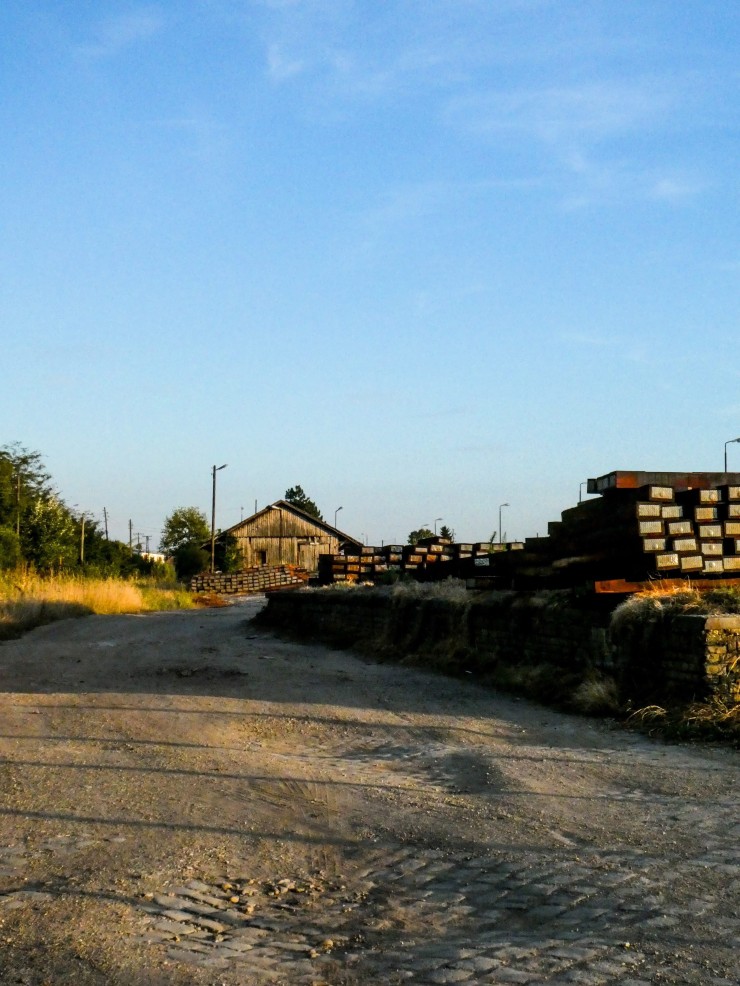 Visiting Vršac was recommended by my friend Nenad, who informed me they have an annual Woodstock celebration, called Vrstock (Get it? Veršac + Woodstock = Vrstock). He wasn’t able to accompany me, but I went with my friend Filip by train. The trains in Serbia are slow, so we clunked and clacked our way through the hour or two it took to arrive. There’s something special about a train station on a hot summer afternoon.

There’s action, yet it feels like time is standing still. No one speaks more than what is necessary for buying a ticket and discerning train schedules. It’s a place for sitting and waiting. There are only a couple benches, so the lucky ones who arrived early rest on those, while others stand or sit on various stoops, sidewalks or an odd bucket turned upside-down. In the back is a large trash pile and a woman is scoping it out for hidden treasures. Some stray dogs are scanning for someone generous and friendly with a spare snack. My friend wants a photo in front of the red doors and I snap it. The sound of the shutter clicking echos through the silent station and the travelers all turn, following the sound of the unexpected noise, eyeing the newcomers with something that is not quite curiosity, but not total disinterest. We look up directions on our phones and then take our leave. Those without a destination are out of place in a locomotive stomping ground. 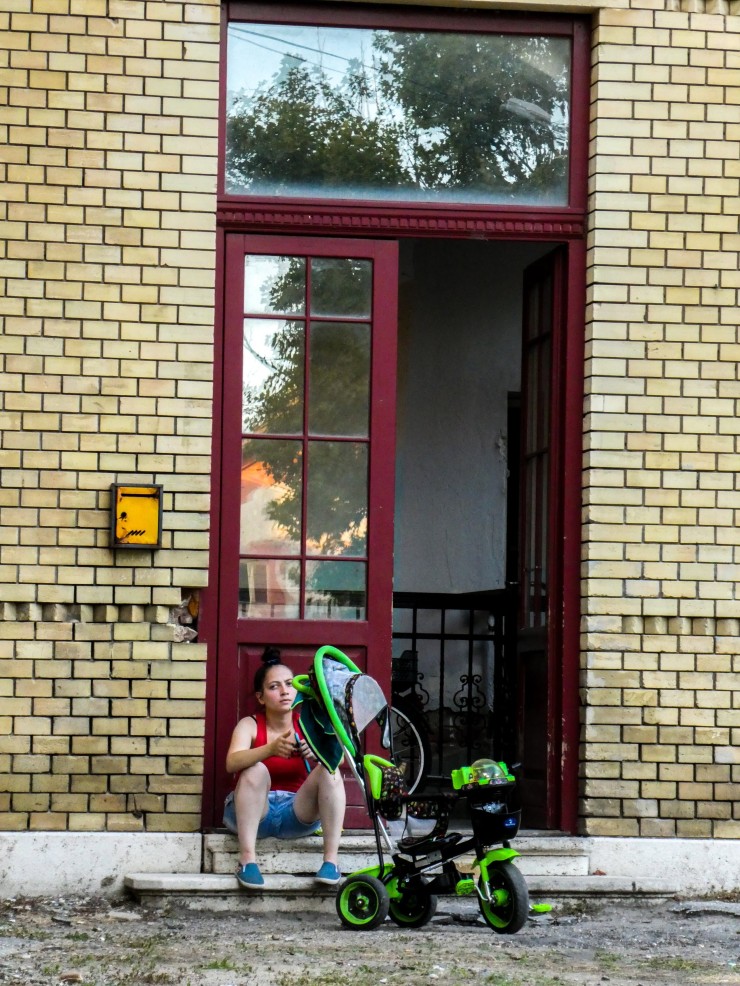 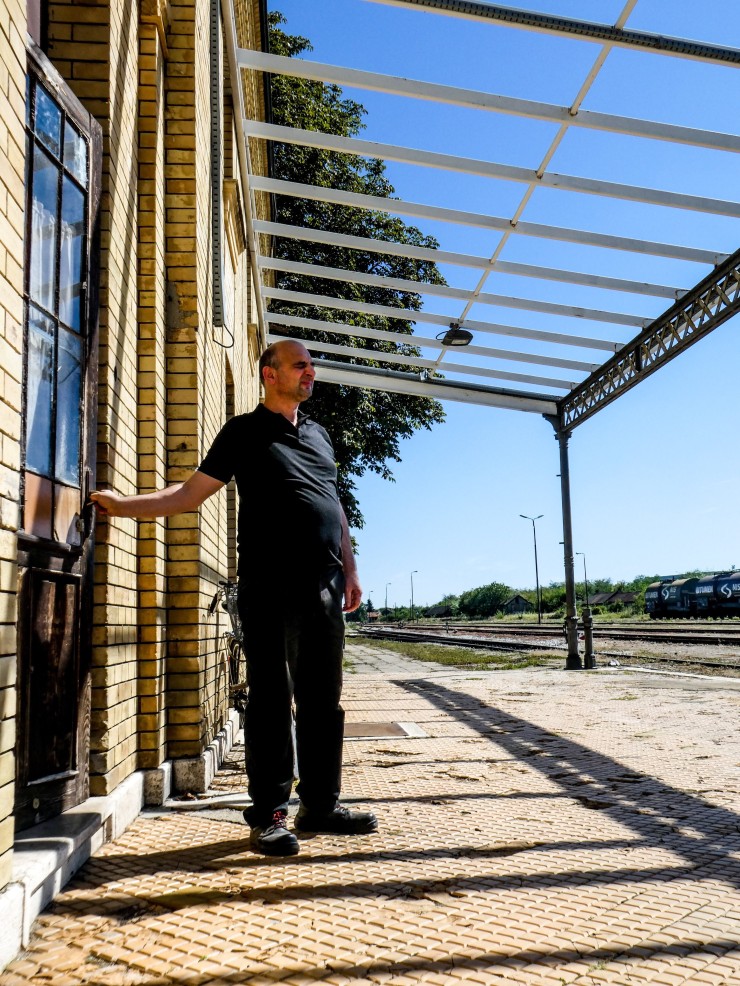 We found the Woodstock celebration in the main park in the city center and it was a small event but joyful atmosphere. People were dressed in their hippy clothes, with flowers in their hair, sitting on blankets with picnics and cans of beer. Everyone was laughing and chatting lightly while listening to the music. A man with long, white hair and bell-bottoms sat on a stool on the stage and played classic songs, like “San Francisco” and as well as Serbian classics. He had a backup singer wearing a simple white dress, joining in casually whenever she particularly liked the song. I forgot what a pleasure it is to sit outside and to listen while someone plays the guitar for you, singing along whenever you know the words. 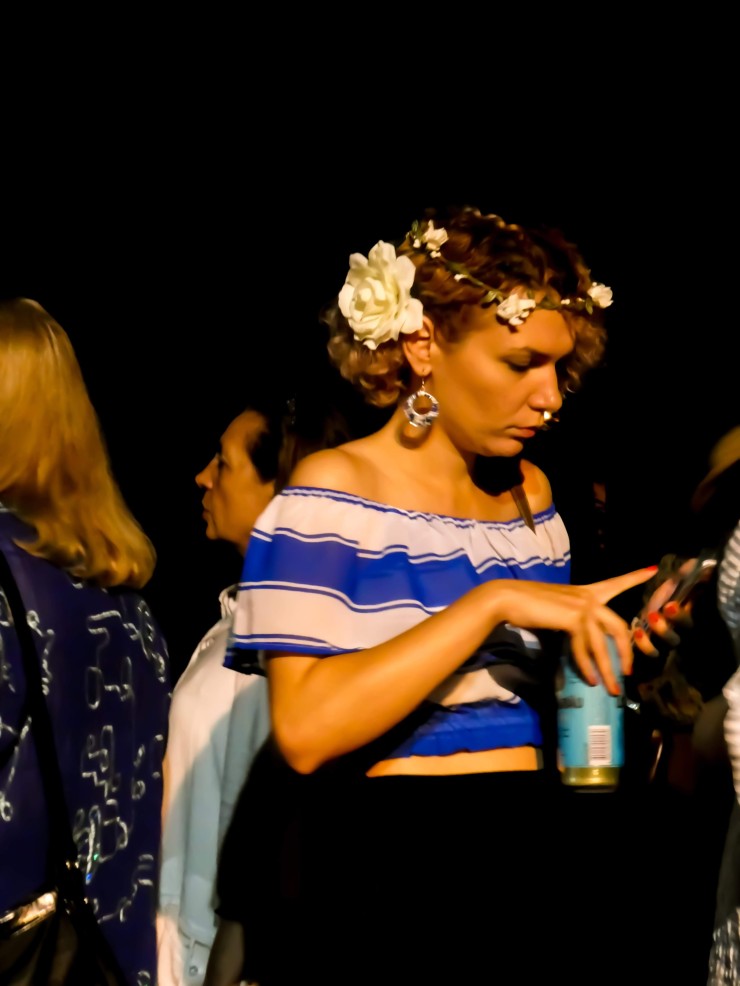 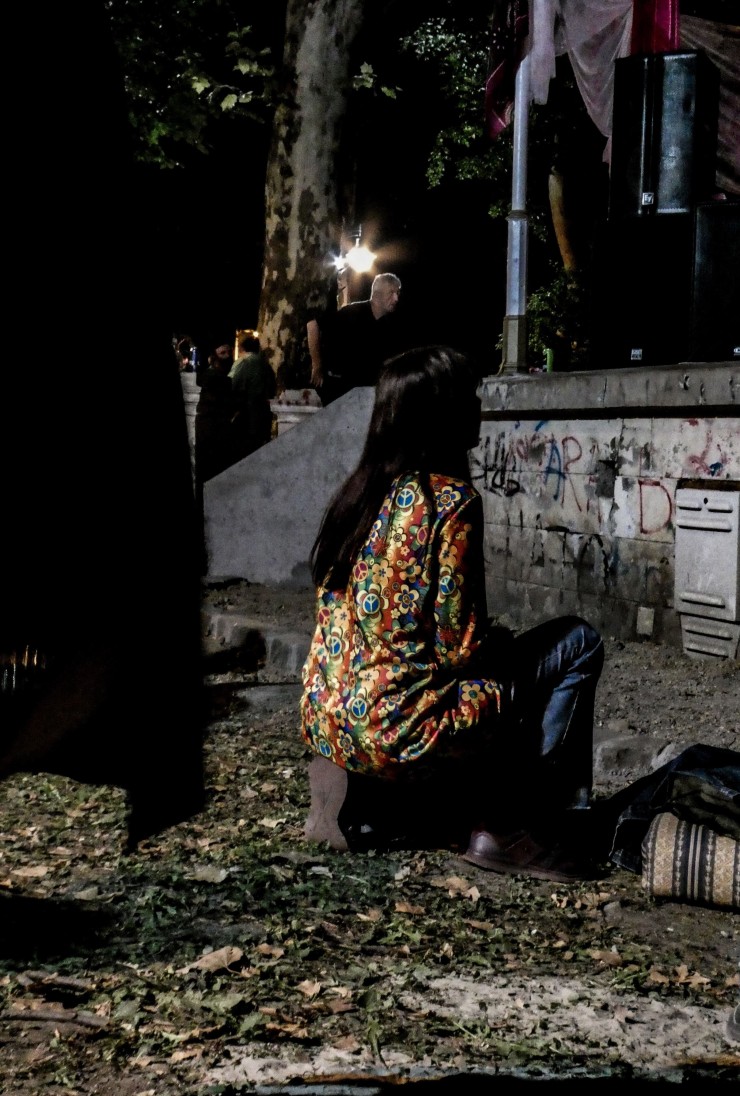 Filip and I committed a travel flaw, in that we forgot to look at the return bus schedule to go home that night. We asked someone nearby when was the next bus back to Pančevo, and found out there weren’t anymore. So we spent a few hours scrambling for a place to rent at the last moment, which involved him connecting with old friends on Facebook, only to find out one person had moved back in with his grandma, one had left Serbia, one was now married with a child…etc. Finally, we found a listing in the newspaper for an apartment for rent and managed to find a place for the night.

In the morning, we walked up a small mountain with a pizza shop at the top and explored the streets of the village. Of course, they were quiet, not a lot of action going on. Many houses are for sale all through the streets, as a lot of people are not able to find a good job in Vršac and have to leave for a bigger city or even leave the country to find work. We asked directions from the old man at the mesara, or meat shop, and headed back to Pančevo. 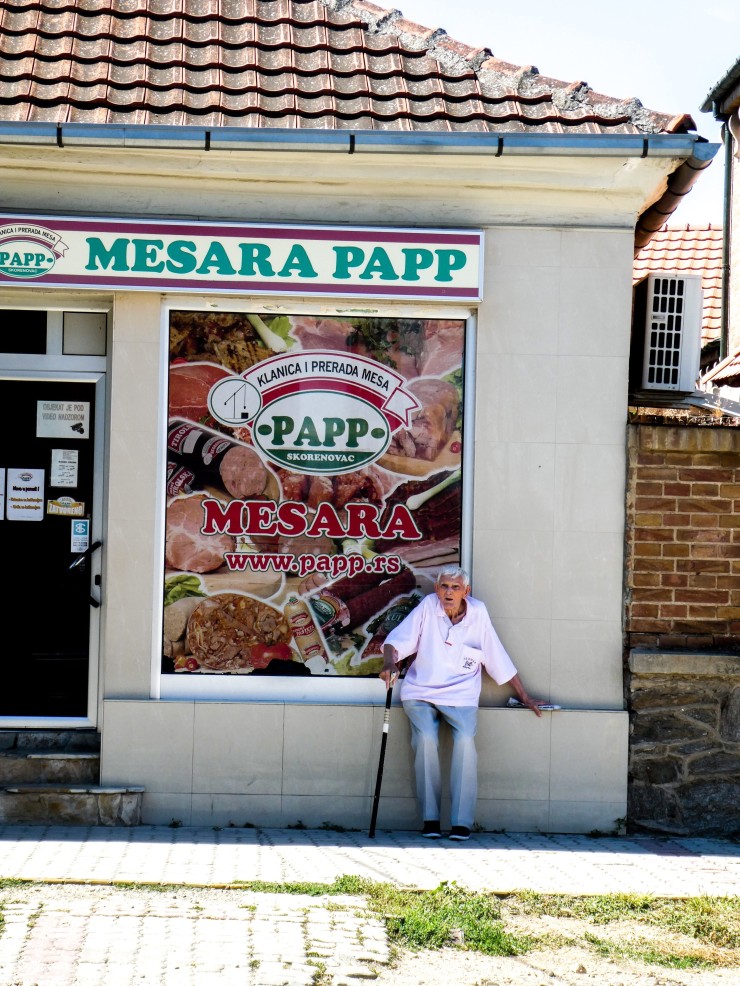 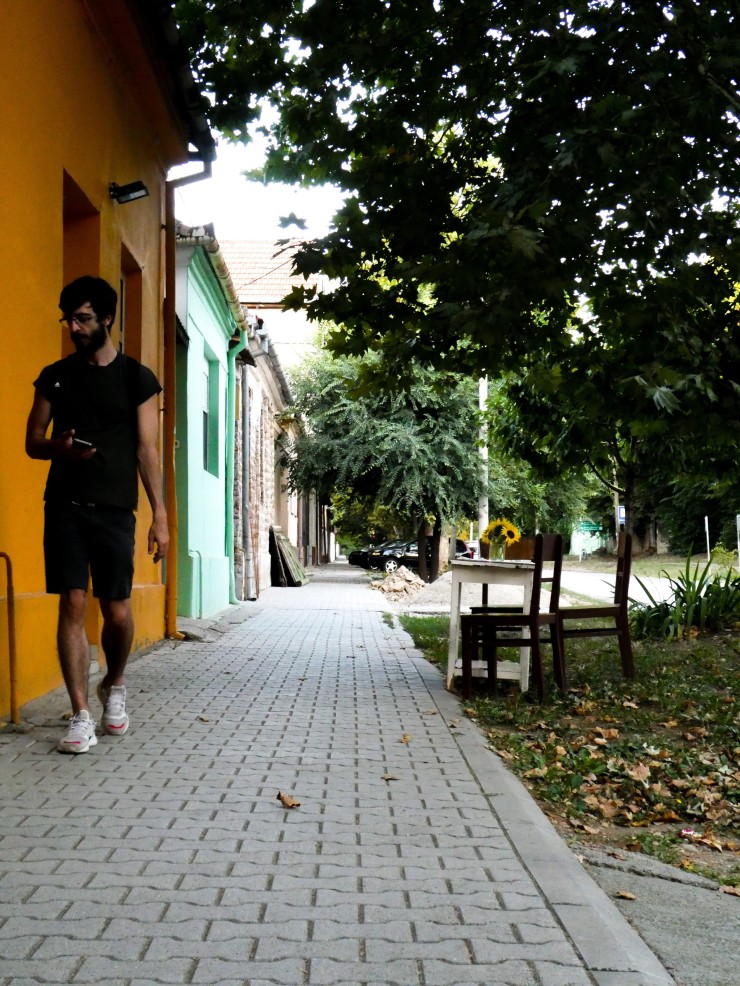 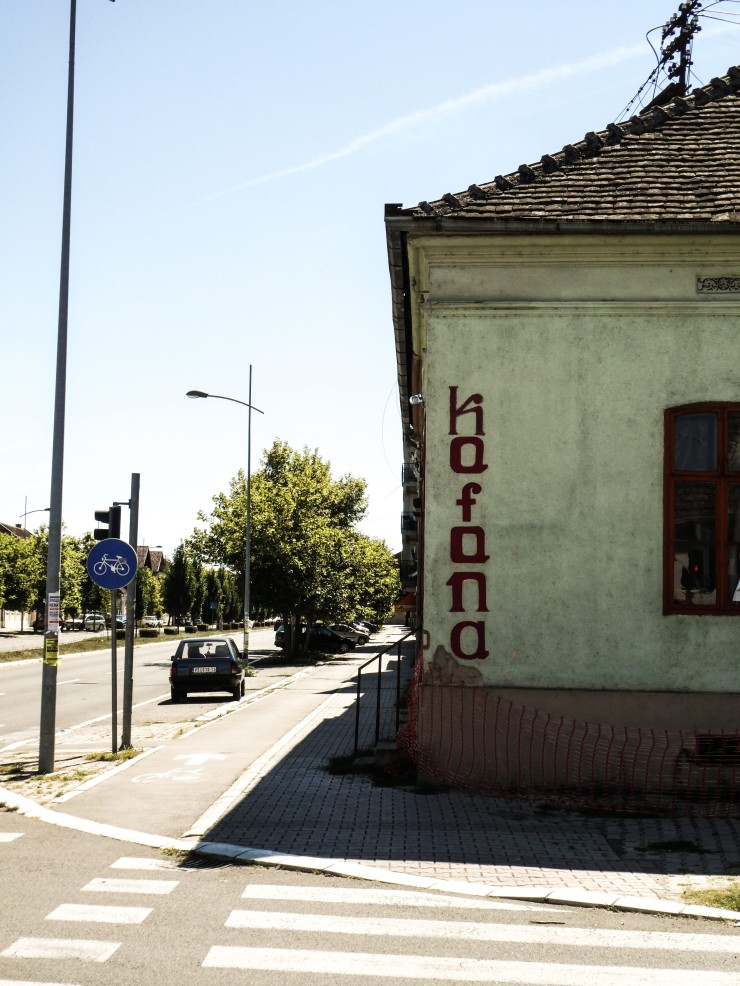 Starčevo is just a short cycling distance from Pančevo, perfect for a casual afternoon ride. The route goes past the refinirija, which is the industrial area on the outskirts of Pančevo. During the day, it’s ugly and smells like s***, and dodging broken glass on the road is a real thing. But riding back at night, it’s lit up with hundreds of colorful lights and looks like it’s decorated for Christmas all year round. Who would’ve thought I’d be stopping on the side of the road to be taking photos of a sewage treatment plant? That goes to show there’s beauty in everything, but it often depends on how you’re looking at it. That’s certainly a quality I’ve developed in this past year of my travels on a tight budget. It’s quite often I’ve found myself in places I didn’t necessarily want to be. I was in hostels so dirty I didn’t want to lie on the bed because of all the hairs and dirt on the unwashed sheets. I stood alone in the snow on Christmas waiting for the bus that was two hours late. I got lost on a mountain because the trail suddenly ended without warning. These are just a few examples of times when traveling was tough and I wanted to give up and go home, but out of each one of these came something unexpected and beautiful that turned the situation around for me and made me glad I had kept going. I always find something wonderful in a dire situation. Maybe there’s a saying for that – a silver lining or something… 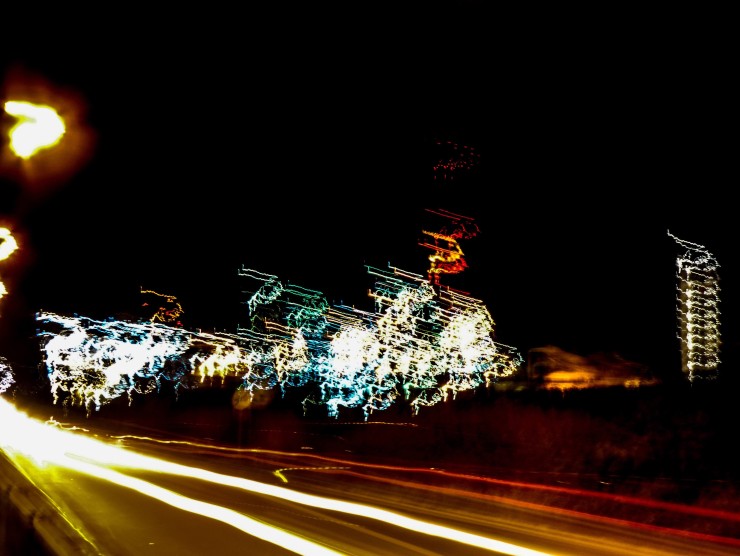 Hidden behind some houses and buildings along the main highway of Starčevo was a back road with stunning views of open farmlands and a killer sunset. I brought my little radio that I bought from the flea market (I’ll write about that experience later), picked some apples from the orchard we found on the way, and we sat by a big pond that overlooked the sunset in one direction and displayed the main highway from the other side. There seems to be just one main coffee shop in the village where people gather in the evening, so we had some drinks and cycled back. 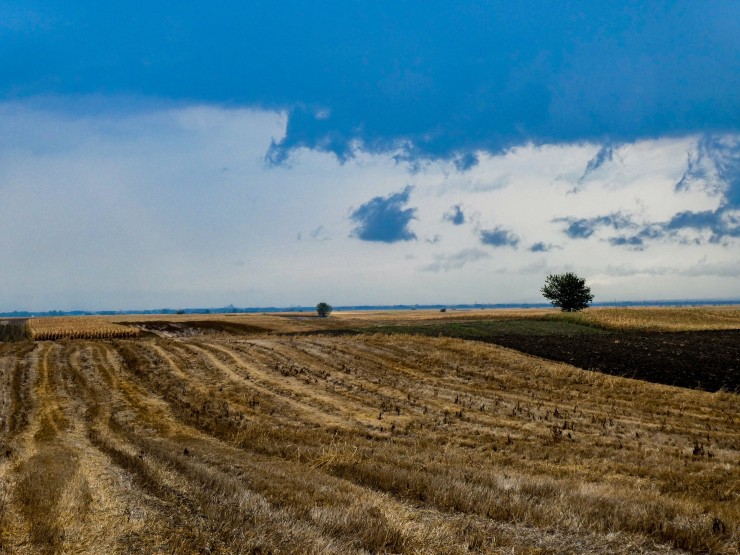 The south of Serbia has some great mountains and national parks, but the north part, Vojvodina, is mainly flat and full of farmland. There is, however one mountain, Fruska Gora, which I have learned has 27 monasteries and 19 lakes scattered throughout. Some friends and I visited Vrdnik, a village at the base of the mountain (or in the middle, I’m not sure) to see some good views and swim in the thermal pool. On the way, we stopped in Ruma, where they had a piaca, or market, in the center. I’m always a sucker for the piacas. I love trying out my Serbian to negotiate prices and get to know the shop owners a little. I bought four apples because the apples in Vojvodina have a glorious taste. An old lady and man stopped us and asked if we wanted to buy socks or underwear, but we were good on those. We stayed and chatted with them for a while, and this time, I had the luxury of being with someone who actually spoke Serbian and could translate for me. They told me about their son who lives in Germany and drives trucks. I told the old couple how I’ve been traveling in Serbia for some time and will be moving on soon. The woman told me I should get married and have kids, and I answered that I didn’t want to because it’s veliki posao, my cave man way of saying, “a lot of work.” She said, “No, it’s not a lot of work because they just play and you go to work.” 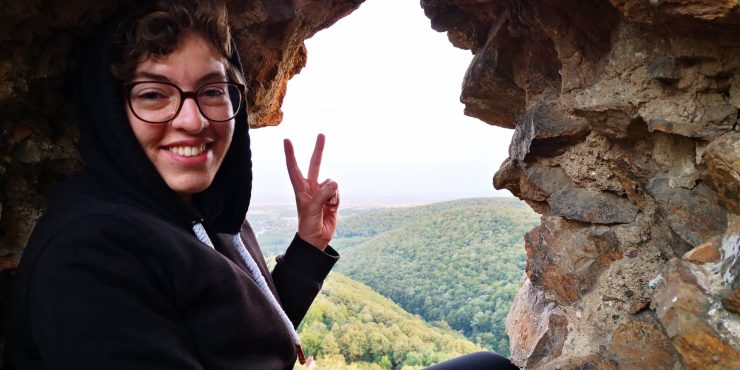 In Vrdnik, we ate goulash, and slept in an apartment that looked cool and modern in its advertisement, but was full of cobwebs and dirt. The guy who owned it gave us rakija and recommended that we visit a lake nearby, which turned out to be incredible. If someone didn’t tell us where it was, we never would have found it. You drive up to the location and all you see is trash and a broken gate, but when you go through the gate, behold the magnificent lake! It was cold but I couldn’t help but jump in naked and swim to the other side. My friends didn’t join me in the water, but it was one of the top 5 best swims in my life. 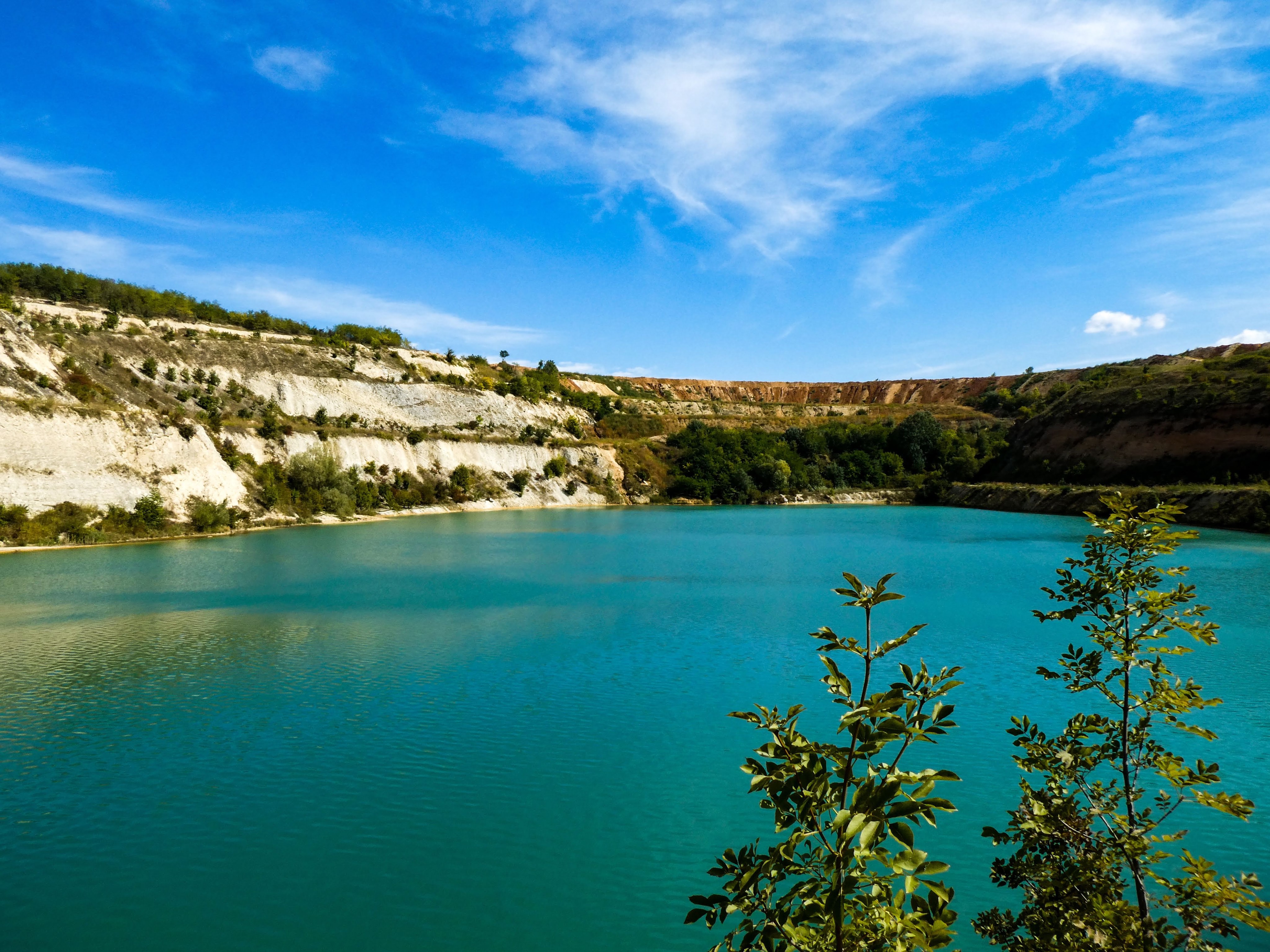 Next time someone asks me if I prefer cities or small towns, I’ll say, “I’m more of a village person.”